How green is my supplier 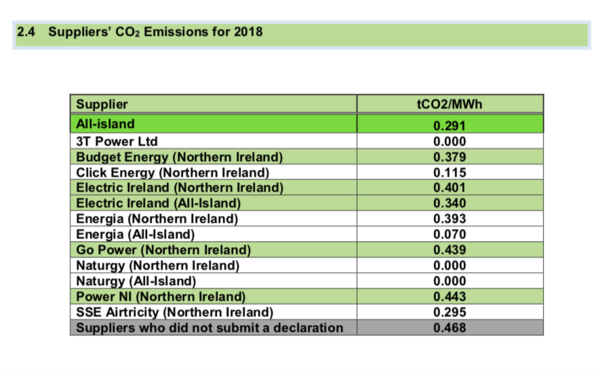 Click Energy emerges as the greenest domestic supplier in Northern Ireland. Each megawatt hour of power it supplies has 115 kg of carbon content. Second is SSE Airtricity with a carbon content of 295kg

Fossil fuels such as coal and even gas are being used less and less as the electricity system accommodates more renewables.

The share of electricity consumption each type of fuel is responsible for across the island of Ireland is detailed in an annual report just out.

Meanwhile renewables have shot up from 14% to almost 50%.

The result is that our electricity is much less carbon intensive. A decade ago generating a megawatt hour of power created 500kg of carbon dioxide. That’s down to under 300 kg.

It has to be said that these are all island figures. The report doesn’t disclose the results for Northern Ireland separately.