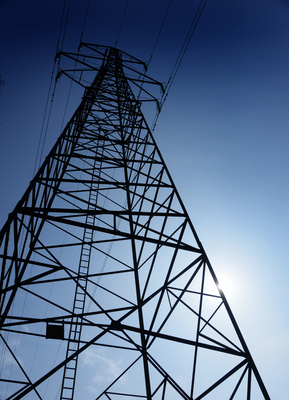 Should we be concerned about the price increases in the domestic electricity market which have just taken place? Most were quite modest varying from around six to eight per cent. In cash terms from £32 to £44 a year. That’s less than a pound a week, a figure which many households could easily accommodate. So then, nothing to get too bothered about.

But hold on. This is the third year in a row that electricity prices have risen. If we focus on Power NI’s tariff, which is painstakingly analysed and regulated by the Energy Regulator, we can see the picture most clearly. Last year Power NI upped its tariff by nearly fourteen per cent. The year before it was over five per cent. Put that together and over the last three years, the cost of electricity has gone up by a little short of thirty per cent. That’s a hefty increase in anybody’s terms.

Now the first thing you have to do is ask how much of that could be explained by the official measure of the cost of living, the Consumer Price Index or CPI. Factor that in and the real increase in the cost of power is still substantial at close to twenty per cent. No matter how you look at it, the price of power has soared.

In the previous two years the increase in electricity prices has been blamed to a significant degree on rising wholesale energy costs. In August 2018 the Utility Regulator said: “Approving a price increase is always a difficult decision. However, the reason for this increase is due to the rise in forecast wholesale gas prices which drive the price of generating electricity”. The year before that the Utility Regulator had a similar message: “,,,unfortunately, due to rises in wholesale energy costs, this increase is unavoidable.”

So presumably this year’s increase in domestic power prices can at least be partly explained by a boost in the cost of gas. Well, not really. In fact not at all. The wholesale cost of gas has not been rising, it’s been dropping this year. That said a reduction in gas costs does not straightforwardly translate into lower wholesale electricity costs. That’s because Power NI is required by its licence to minimise the ups and down of the wholesale markets. It complies with this obligation by hedging its main cost in stages over a period of up to eighteen months. The result is that the cost of energy in the new tariff is pretty much the same as last year

So what’s happened to push up the cost of electricity when one would have expected it to at least flatline? There’s no shortage of reasons supplied in this year’s press release from NIAUR: a rise in an EU carbon tax, an increase in network charges, the need for Power NI to retrieve costs it is owed from last year and lastly an increase in the charge for keeping the power system stable and secure. The latter which I estimate alone adds a halfpenny to the cost of a unit of electricity is a reference to projected compensation payments to generators who find themselves asked to supply a different amount of power from the original schedule.

This detailed explanation of the price change contrasts with press release accounts offered in recent years which focused mainly on wholesale energy costs. The accompanying briefing papers admittedly presented fuller accounts but even here they tended to dwell on wholesale energy charges and an under or over recovery of Power NI’s charges with only limited references to other costs.

Does any of this matter? I think it does. Keeping the account simple, not quantifying how each relevant factor contributes to a price change, runs the risk of making it inadequate as a guide to what’s driving up charges. For example my research suggests a rise in wholesale energy prices ultimately explains around seventy five per cent of the increase in the tariff announced last year. It’s not clear how other elements were driving the remaining twenty five per cent.

Greater transparency on costs, though of little interest to most people, would help analysts track better what is driving up the price of electricity and offer more relevant criticism. That said the Utility Regulator provides far more information than would be readily available across the water.

Apart from the tariff reviews, another source of information about rising prices is a document issued by the Regulator which details the cost of various regulated charges which factor into the cost of power including network fees and capacity payments. Where companies are entitled to raise their charges by inflation, the rate they will apply is the Retail Price Index or RPI. This measure which has effectively been disowned by the Office of National Statistics is almost invariably higher than the official estimate namely CPI. In the last ten years, inflation as measured by CPI rose by 25% but by 36% according to RPI. There is a good case for changing to the official rate of inflation the next time regulated companies undergo a price control review.

There may be further scope for driving down the cost of power if only we had access to more information. However it has to be acknowledged that prices here are lower than in Great Britain and down South even allowing for the Republic’s higher rate of VAT. But just because tariffs are keener here, it doesn’t mean they couldn’t be further reduced.