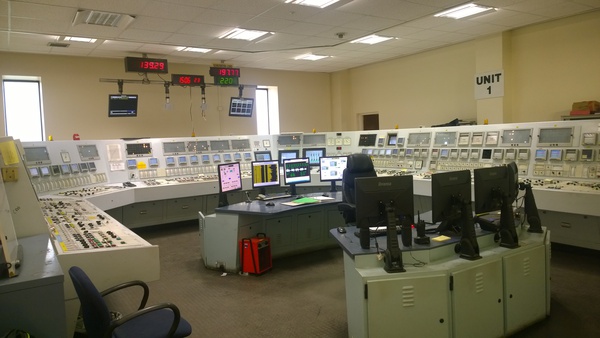 Evermore Energy, the company behind the proposed 400 MW gas fired power plant in the Belfast Harbour Estate, has told an influential House of Commons committee that it intends to be operating commercially by 2019 subject to planning and financing.
In a statement to the Northern Ireland Affairs Committee (NIAC), Evermore, which already runs a 16 MW biomass fuelled CHP plant at Lisahally outside Derry, gave some more details of the new Belfast Power Plant.
Evermore said the station would create 350 construction jobs and, once up and running, would require a workforce of 20 to 30 highly skilled employees.
If the power station is built according to Evermore’s timetable, it would help safeguard Northern Ireland from the risk of the lights going out in 2021.
Fears of blackouts stem in part from new EU emissions control legislation comping into play in 2020 which will force Kilroot Power Station to reduce its operation to 1500 hours a year. That reduced output would be worrying enough especially with uncertainty over the proposed North South Interconector. But the warning from AES, owners of Kilroot, that a restricted running time would not  be financially viable, heightens the concern.
The UK and Ireland President of AES, Carla Tully, told the NIAC in July: “….based on the analysis that we have done thus far of the current and anticipated market, it (1,500 operating hours per year) would not provide a commercial case to continue running.”
Without spelling out explicitly what she had in mind, Ms Tully indicated there were other options which would allow Kilroot to keep generating: the market might reward AES sufficiently to justify an investment which would allow the plant to keep going at normal levels or the company might redevelop Kilroot and Ballylumford to install new low carbon technology.
On the other hand, should AES decide neither option was attractive, it would appear there is the real chance that Kilroot might have to stop generating for commercial reasons in 2020.
And that is critical because Kilroot’s continuing operation even at a restricted level is built into a key estimation of how much generation is required to keep the lights on.
The latest all island generation capacity statement, produced by the two transmission system operators here, SONI and Eirgrid before Evermore announced its plans, has assumed that Kilroot will be available from July 2020 to the end of 2023. Even with Kilroot available, albeit at a reduced level, Northern Ireland runs the risk of a deficit of generation in 2021 unless the new North South Interconnector is up and running.
The proposed Interconnector is subject to a public enquiry which got underway in June. But approval for the link will ultimately depend on government ministers both North and South.
In the midst of such uncertainty, the addition of 400 MW into the system in 2019 from Belfast Power would bring a lot of reassurance.